Shucking Off Conformity: What Pacifism Means To Me 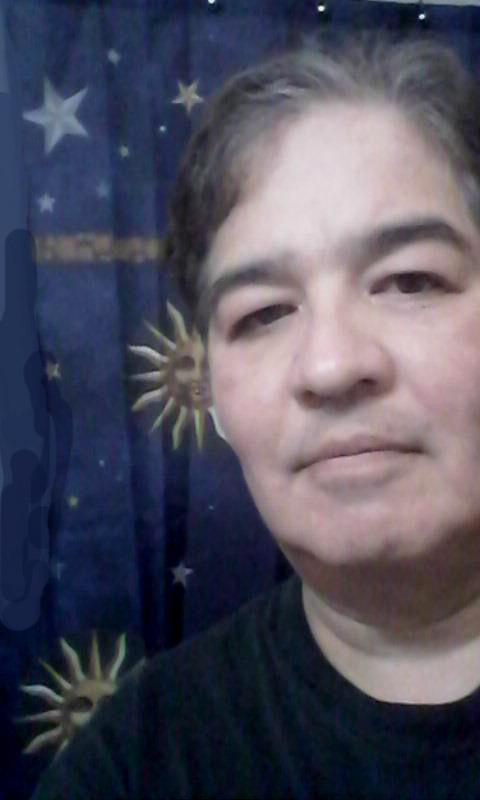 We're asking folks to share the stories of how they became committed to their personal or political beliefs. Jay Mejia is a soul banjaro whose people arrived from Mexico and Poland to birth him somewhere in the American Midwest. He holds a Master’s degree from the University of Missouri Graduate School of Journalism, has worked at the New York Times, and survived a decade toiling in the cubed bunkers of California's Silicon Valley. He has written for Literary Kicks under the names Jota and Jotadavida. Here's Jay's story ...

All of us boys rooted for the St. Louis Cardinals baseball team — except one. Kermit cheered for the Chicago Cubs. Nobody could figure out why.

We lived in Missouri, and “Kerm” did too. Kerm wasn’t born in Chicago, never lived in Chicago, had never even been to Chicago. Geography didn’t determine his loyalty. Kerm just liked the Cubs.

The first time we heard this blasphemy, this sacrilege, we instantly jeered, mocked and swore at him. Who was this traitor in our midst?

For a kid our age to root for for any team other than our own was social suicide. Didn’t he know this? Didn’t he want to fit in, be like the rest of us? Nope. Kerm stood his ground, deflecting our insults, cheerfully explaining why he thought his team was better than our team, dodging a hail of insults with a smile on his face.

In a sea of red caps, he dared to be blue.

As for me, well, for most of my youth the desire to fit in overruled any desire of mine to be myself. Who would want to be me, especially me? I strove mightily to succumb to peer pressure, to be what I was expected to be.

This led to many frustrations, especially in the middle American desert that was my high school. What was a poor, half-Mexican boy doing wearing Boston topsider boat deck shoes in the summer when the nearest ocean was thousands of miles away? Why did I wear oversized clunky Colorado hiking boots that stole every cent of my slim earnings making mountains of pizzas to buy Levi’s? Fashion and the desire to fit in hurt my secret pride, and my feet.

I wasn’t fooling anyone but myself. I looked like a preppie tootsie roll in drag.

It took time and subversive books to change my mind. A broken arm the summer of seventh grade started to change things slowly inside my head .While my brother and my friends rode bikes and went swimming all day, I stayed behind at home reading. I started small with The Trumpet of the Swan

by Emily Neville. I then graduated to more serious books like Animal Farm and Catcher in the Rye. I read Atlas Shrugged, spouting off for a whole year that "A is A". (Fortunately I could not speak in paragraphs like Dagny Taggert or Francisco D’Anconia or Hank Reardon or John Galt, and that dismal superior way of thinking that Ayn Rand tended to inspire finally went away as I matured, thank god!).

I became a bathtub philosopher reading Albert Camus’ The Stranger about the spangled universe looking down at me indifferently. It was when I got hold of four books with numbers in their titles, however, that truly signaled the great big break in my head — Fahrenheit 451, Nineteen Eighty-Four, Slaughterhouse Five and Catch-22.

These last four books planted in me the seeds of skepticism about war. I didn’t need to pick up a gun to be a hero. Looking back, I see (with a smile now) that I was becoming just like Kerm, unashamed to hide my differences in my thinking.

I didn’t know then that I was shucking off old habits as well as those stiff boots that hurt my feet.

At the end of high school, after getting rid of the boat shoes and the hiking boots, I stood like many other boys my age facing the stark truth of my future. In my squalid home town, in a dismal economy, I could either join the military, become a criminal or do drugs. Maybe all three at once. Or I could shrug my shoulders and simply work at the local cooking-oil factory for the rest of my life.

I sure wanted to learn to fly, but I didn’t want to learn how to drop bombs. Drugs turned out to be too weird and that career ended shortly even though I could see how easily it was to fit in with criminals. I could build my body working all day in a blue-collar world of beery cheer, or I could instead choose to build my mind. So I ran away to college. I scooped up pennies in lumberyards in the summer and pizza joints in the winter to pay my way.

Over the years I have often wondered about people like Kerm who dare to be different. As things became more important to me than baseball loyalty, I have found myself standing alone in my own corner at times. I no longer care or rest my countenance on what others think about me. I hold my own convictions.

I believe in speaking out for one’s self. I believe that war is stupid and ends in madness that creates even worse situations it was started in the name of peace. I believe one has to fight for pacifism if we are to be truly free of the nonsense of violence.

There is another way of looking at things other than the frightful “Us vs. Them” barbaric way of thinking.

Try reading S. I. Hayakawa’s Language in Thought and Action

. Please tell me what you think.

I’ll be standing with Kerm, smiling and more than willing to be your friend, even if you don’t always agree with me.

Pacifism means peace. Pacifism is a code of honor that values every individual life and all things living here on earth, right now, today. Pacifism means we stop hurting and injuring ourselves. Pacifists reject violence and aggression to resolve conflicts. War’s not the answer. Instead we advocate a third, middle way to sidestep the “us or them” dangerous group thinking that leads to extraordinary evil: torture, slavery, rape, mass murder, genocide and the grave. As a practical way of life, pacifism is a better way than violence to advance our human race. And every pacifist knows this: a peace treaty doesn't end the war.

Got your own story to share? Email us at pacifism21@gmail.com.