We Are In The Worst Constitutional Crisis Since The Civil War 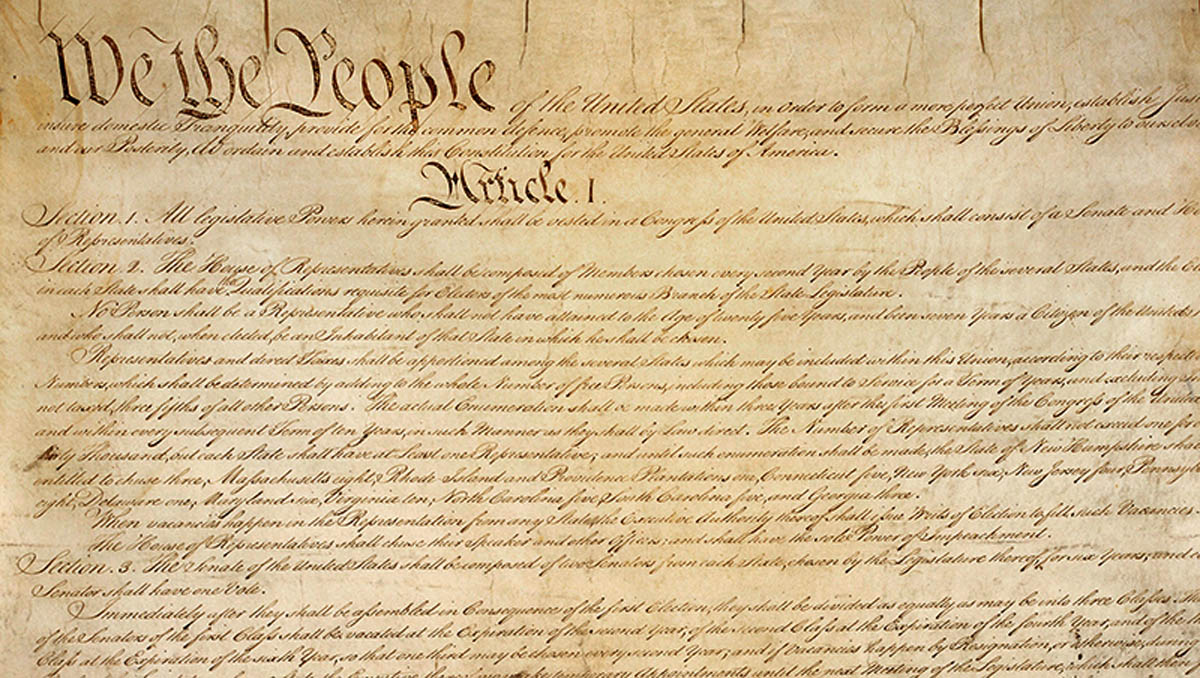 When in the course of human events it becomes necessary—

I spent today protesting with a large peaceful crowd outside Trump Tower in New York City. My name is Marc Eliot Stein. I'm a 54 year old writer, web developer and father of three. I was born in Queens, New York, just a couple of miles from the childhood home of Donald Trump. I always liked Donald Trump, and used to enjoy his show "The Apprentice".

I created this site Pacifism21.org a year ago because I believe strongly in the principles of nonviolence and peaceful coexistence. I think this makes me a good choice to declare an extremely disturbing truth, because I pray with all my heart that the truth I am about to declare does not ever result in violence.

We are in the worst constitutional crisis since the Civil War. Donald Trump's election was fraudulent. The American people will never accept it, for the following reasons:

We are in a constitutional crisis, because Donald Trump cannot be inaugurated on January 20 2017. A majority of the American people are continuing to speak up to reject his right to be inaugurated on the basis of a stolen and fraudulent election.

A constitutional crisis is a serious and rare event. Because nonviolent civil resistance is the best way we can make our voices heard during any crisis like this, we the people will continue to protest with extreme levels of commitment until our questions are answered. There is much confusion about the role of the electoral college in a constitutional crisis over a presidential election, and we request that representatives of the electoral college will explain what options are available. Until this occurs, massive nonviolent civil disobedience will increase in every part of the country.

I have been thinking hard about the words I am writing here. It feels personally strange to sit at my computer in New York City and write a blog post declaring that the United States of America, the only country I have ever known and a homeland I dearly love, is in the worst constitutional crisis since the Civil War. But this constitutional crisis is real, whether I declare it or not. The American people refuse to live in a fascist dictatorship because of a stolen election. We will not allow a President to destroy our freedom after committing blatant electoral fraud.

One reason i think I'm a good choice to make this declaration is that I am a known pacifist, and have published writings on the topic of pacifism for many years. There can be no suspicion that I am advocating civil war in America. That is an absolutely terrifying possibility.

Another reason I think I am a good choice to make this declaration has to do with these people: 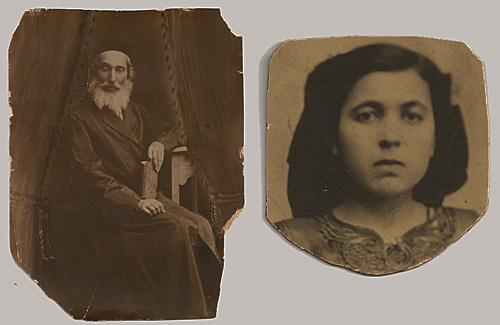 Thes is my great grandfather Yitzhak Roth (who I never met) and my grandmother Clara Stein, who I knew well. Grandma Clara immigrated from L'vov in the Galicia region of Austria-Hungary to Brooklyn in 1912 with her sister Rose, my aunt. In the summer of 1942, Clara and Rose's entire family back in L'vov was murdered during the Nazi invasion of Russia. The Holocaust was always a part of my family's legacy.

I know what my Grandma Clara would say if she could see and hear Donald Trump. She would say, "Marc, that man shouldn't be President."

If Donald Trump were fairly elected, I would have to accept the tragic reality of an aspiring fascist dictator as President of the United States of America. But Trump was not fairly elected, for the important and shocking reasons listed above, and therefore we are in the worst constitutional crisis since the Civil War.

Donald Trump will not be inaugurated, unless he manages to clear himself of the charges listed above: that Rudy Giuliani colluded with FBI agents to sway the election, that his taxes reveal ties to Russia, and that he signaled frequently during his campaign that he will use presidential powers to overrun constitutional checks and balances. We the people demand an immediate investigation and immediate answers to our questions.

I pray that the words I write here will be shared in the spirit in which they are written: with love and care and hope that the great American people will come together to solve this problem quickly.

I am also very concerned about election tampering at the state level and the appearance of bribery resulting in positions in government. Nepotism is also not a democratic value.

I believe your words to be sadly true. Please continue expressing your brave, peaceful thoughts.

They want to divide us, but we will stay together and focused on two things: Demanding that the Electoral College respect the will of the popular vote and demanding that we investigate and prove that fraud and rigging stole the election from Hillary Clinton.

I agree with your entire article about the Constitutional crisis created by this election. What actions can be taken? How do concerned citizens get our government to take this problem seriously?

i like this approach, marc, because it works to establish a non-partisan objection to the situation. i am already seeing, at least in our local protests, efforts by the extreme left (even more extreme than me) to position the activism against all things that smell even faintly of fascism. it's so far staying relatively mainstream, which is important, and i like that you are offering something that republican voters can't object to on partisan grounds (not that they won't, mind you). thank you.

I agree with all of this. This is the first I heard of a Giuliani-FBI collusion; can you site a source? Also don't forget that he has threatened another war crime: the killing of innocents. Also, he presents an existential threat to all species on earth as a climate-change denier and a proponent for reinvigorating the nuclear arms race.

I'm so deeply worried about

I'm so deeply worried about the possibility of a direct connection between Trump and Russia, but not sure what practical options are available. There is the petition option on Whitehouse.gov, there are peaceful protests, but in terms of actually investigating Trump for treason, there would need to be an extremely strong politician willing to champion that push, and I can't see who that would be at this point. Thoughts?

Everything that you say is true. This election has been surreal and disturbing throughout the long process. The unanswered questions that you raise about the FBI, Trump's taxes, and the Russians do deserve immediate investigation, but I doubt if answers will be available before the swearing in. The country is so process oriented that there will be a strong tendency to accept the apparent result of the election and move on (echos of W. Bush). I join you in hoping that there will be constant non-violent push-back against the shenanigans that this cabal will be unleashing soon. And I sincerely hope that there also be constant reassurances offered to the groups that are being demonized as "others." We have many people of good will among us, and I hope that their voices will be heard. My small voice will be among them. You are a fine writer and a good man, and I'm proud to have you on our side.

coming apart at the seams

the process to deal with a constitutional crisis is horrible. It involves no confidence votes, martial law, and Constitutional Congress called to hammer out new document.

Thank you for your sincere and heartfelt words. Please join me in fighting this monster. https://facebook.com/groups/467551556748629/

Thanks for the responses,

Thanks for the responses.

Mari K: good question too. First, I want to mention that I wrote this article after spending a day marching and protesting with a very clued-in crowd that walked up from Union Square to Trump Tower. The intensity of rage in this group of many thousands of protestors, and the intelligent private conversations I had with a very diverse bunch of angry citizens, convinced me that there great public distrust of Donald Trump. The public rejects him. He is an obvious con man and blatant liar, as well as a known racist and sexual predator.

At the same time, he is very telegenic and fascinating to watch, and this is what led to the epic failure of our top journalistic outfits to provide balanced coverage in this election. CNN and the New York Times have been especially criticized for craven, constant attention to Donald Trump and obsessive negative coverage of Hillary Clinton. I noticed the really superficial and clueless journalism of election year 2016 myself constantly during this whole painful year. If our press can't kick in and help demand investigation of Giuliani, Comey, Manafort and others, and can't report on Donald's taxes and possible connections to Russia hidden there, then we are really in trouble. I hope our press is now waking up and starting to seriously investigate Donald Trump. I would like anyone who reads this article to share it with any journalists they know. And all citizens who distrust Trump can help by speaking out bravely that we suspect his election was fraudulent, that a crime appears to have been committed by Rudy Giuliani and unknown FBI agents, that there is reasonable suspicion of illegal campaign collusion with Russia - an incredibly disturbing criminal charge that adds up not only to electoral fraud but treason - and that we demand investigation now. We may have to use civil disobedience to break past the barriers and apathy.

We need to demand this: NO INAUGURATION WITHOUT INVESTIGATION. I wonder if I could get the crowd chanting that the next time I'm outside Trump Tower ...

Your article sets forth all the facts very clearly and I agree 100% with you and all here. I have this recurring thought that may be naive, but I keep thinking if I were a politician who just had an election stolen from me and I thought there were illegal things done I would be speaking out about it and fighting. Why aren't they fighting? I know that our marches are meant to force the issue but why are they such cowards to stand up themselves?

Ironically, none of this would be an issue if the democratic candidate hadn't rigged the primary election against her opponent... all those people craving change would have easily chosen Bernie over Trump... stolen election indeed... but let me guess... that's different, right?

Bitter, I'm glad you asked. In my opinion, we are better off moving forward with the hope that the electoral college will select a third choice. Hillary Clinton would never be accepted as President after the trauma and confusion of this botched election. Donald Trump is an obvious criminal and fascist, and cannot be entrusted with this important role. The Constitution allows the electoral college a lot of freedom to handle a Constitutional crisis, and they can select a new coalition bipartisan team that would represent both red and blue. Wouldn't that be a nice idea? For example: Elizabeth Warren/Paul Ryan. This is what I consider the best case scenario.